Dump Chat is a universal app for both the iPhone and the iPad that allows you to connect to multiple IRC servers all over the world!

The goal of Dump Chat is to allow you to access the most important features of an IRC client in as few touches/swipes as possible. IRC is a very complex and volatile protocol, but it doesn't mean that we have to put the burden on the users of IRC. With Dump Chat's panning gestures for accessing your channels and channel lists, you never have to leave your chat screen.

Well, there is no real team involved in this project. Dump Chat is developed by Mark Marszal over the last year and a half during his spare time (some times spare time leads to sleepless nights).

Mark is from Vancouver, Canada. However, he is currently studying at the Hochschule Esslingen, University of Applied Sciences in Esslingen, Germany.

Dump Chat makes use of some wonderful third party code licensed under BSD licenses. Without these pieces, Dump Chat would have probably taken much longer to complete. Each piece of licensed code is mentioned in Dump Chat's Acknowledgements section in the settings of your iOS device. 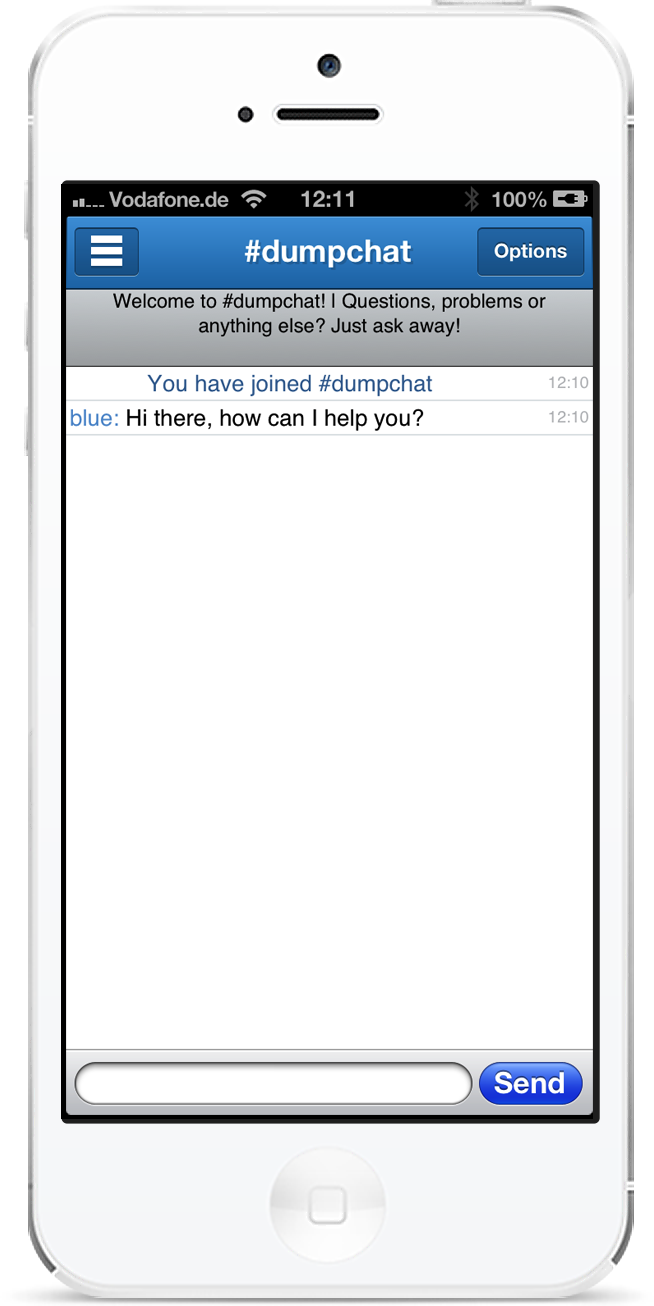